* Biden repeatedly referred to the at-home COVID tests as ‘pills’, saying that the administration has ordered 500 million of them

* Earlier on Wednesday, Pfizer was granted federal approval for its antiviral COVID-19 pill for people at risk of severe illness, which likely confused Biden

* After the interview, CNN’s Jeff Zeleny said that Biden ‘seemed confused’ in the interview about the at-home tests and the antiviral pills

* Zeleny also pointed out that Biden repeatedly promised 500 million at-home tests were on their way, but the administration has not provided details

A CNN corresponded said Wednesday that Joe Biden ‘seemed confused’ in his ABC News interview earlier this week, when the president appeared to mix up COVID-19 at-home tests and antiviral pills.

Biden, 79, spoke to ABC’s David Muir for 20 minutes in an interview that aired on Wednesday and defended his administration against criticism of its handling of the pandemic and readiness for the rapidly spreading Omicron variant, but also admitting that there were certain mistakes made.

When asked about complaints that the lines to get tested for COVID-19 were excessive, with waits of over five hours in New York City as one example, Biden said that 500 million at-home tests had been ordered.

Update: CNN Correspondent Comments on Biden Appearing “Confused” After Yet Another Slip Up (Summit News)

WNU Editor: Dementia is a terrible disease, and very painful to watch when the person we know or love slowly disintegrate with the passage of time.

In the case of President Biden he is not at the stage where he is repeating himself all the time. But the frequency where he looks confused and/or mixing up his answers has increased significantly since the summer.

The ABC interview with the US President is above, and the CNN correspondent’s remarks are below: 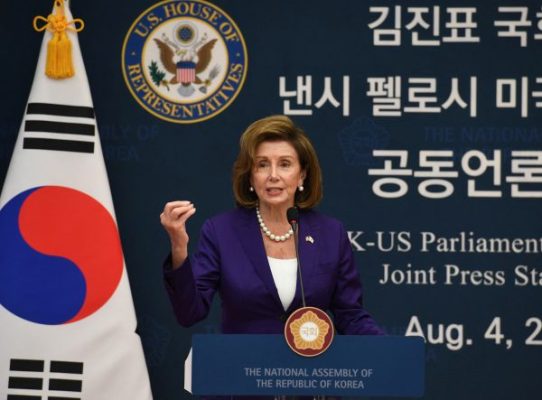 Daily Mail: Pelosi stares down North Korea with visit to the DMZ – as China continues to fire missiles into Japan’s exclusion zone: White House is ‘FUMING’ with Nancy over Taiwan trip and fact she IGNORED advice not to go

* She was the highest-ranking U.S. official to visit the area since President Donald Trump met North Korean dictator Kim Jong Un there in 2019

* It was part of military exercises launched by Beijing in response to Pelosi’s Taiwan visit, which China is still angry about

Speaker Nancy Pelosi visited the heavily-fortified DMZ during her trip to South Korea on Thursday, another controversial stop after her touchdown in Taiwan.

Her visit to the 155-mile-long, 2.5-mile-wide zone separating North and South Korea made her the highest-ranking U.S. official to visit the area since President Donald Trump met North Korean dictator Kim Jong Un there in 2019. 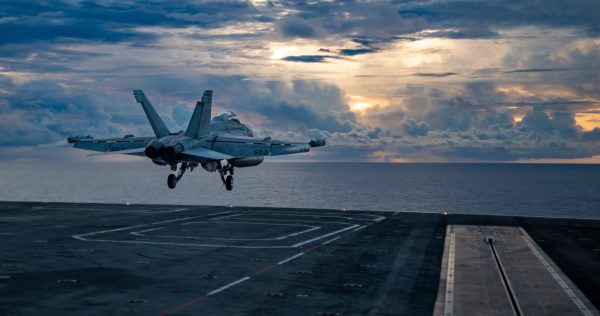 Politico: U.S. orders aircraft carrier to remain in the region amid China-Taiwan tensions

The Pentagon has directed the aircraft carrier USS Ronald Reagan to remain in the area near Taiwan “to monitor the situation” as China launches missiles in the region, the White House announced on Thursday.

“As China engages in destabilizing military exercises around Taiwan, the United States is demonstrating instead the behavior of a responsible nuclear power, by reducing the risks of miscalculation and misperception,” Kirby said of the decision.

Update #2: How does the US support Taiwan militarily? (DW)

WNU Editor: This will be viewed by China as weakness, not as a move to lower tensions …. US Postpones Missile Tests to Lower Tensions with China on Taiwan (VOA). 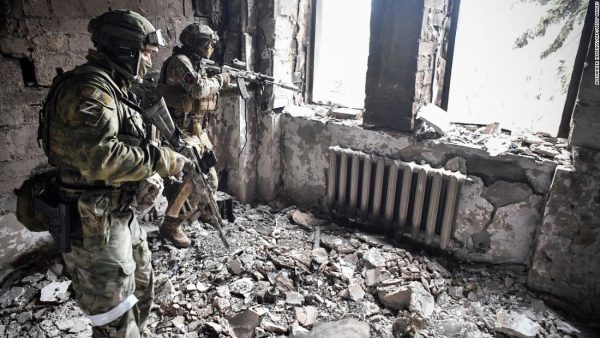 Reuters: Ukraine under pressure in east as NATO chief says Russia must not win

KYIV (Reuters) -Ukraine said on Thursday it had been forced to cede some territory in the east of the country in the face of a Russian offensive, and the head of the NATO military alliance said Moscow must not be allowed to win the war.

Ukrainian President Volodymyr Zelenskiy this week described the pressure his armed forces were under in the Donbas region in eastern Ukraine as “hell”.

He spoke of fierce fighting around the town of Avdiivka and the fortified village of Pisky, where Kyiv has acknowledged its Russian foe’s “partial success” in recent days.

Russia-Ukraine war: Kyiv calls Amnesty report that says Ukrainian forces are putting civilians at risk a ‘perversion’ – as it happened — The Guardian

Russia-Ukraine war: what we know on day 163 of the invasion — The Guardian