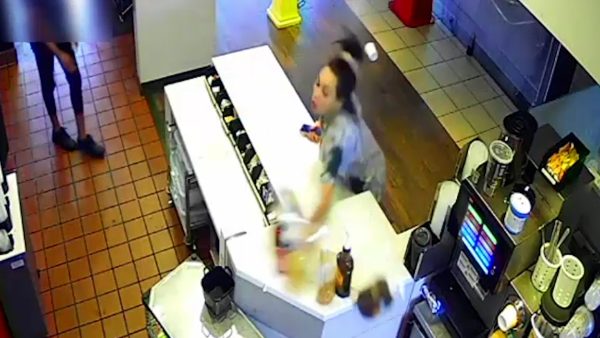 POLK COUNTY, Fla. (WFLA) — Deputies are searching for a Lakeland, Florida, woman who was caught on camera having an “outburst” at a McDonald’s Thursday, according to the Polk County Sheriff’s Office.

Tianis Jones, 22, of Lakeland, is facing several charges after deputies said she stormed inside the fast-food restaurant and “became enraged” after her online order was messed up.

When employees tried to deescalate the situation by offering a discount, Jones “turned violent” and walked behind the counter where a security camera caught her throwing cups at employees, Polk Sheriff Grady Judd said.

“I don’t know why this woman got as angry as she was, but as the saying goes, ‘She’s a few fries short of a Happy Meal,’” Judd said Friday afternoon.

Deputies said a family member tried to pull Jones out of the store but the woman instead called 911 to complain about her botched order.

“I’m five months pregnant,” Jones can be heard telling a 911 operator. “These people don’t know how to run a m———– McDonald’s!”

Deputies said the commotion lasted roughly 10 minutes before Jones’ relative and another woman convinced her to leave the store.

As she walked out, Judd said Jones was caught on camera lifting her shirt and twerking at the employees.

“Her actions were outrageous… especially for a place where small children often visit,” Judd said. “And she caused about $100 in damages since the items she threw on the floor can’t be used for customers.”

There were no serious injuries during the incident, but Judd said Jones became a “McBurglar” when she walked behind the counter and threw several cups.

“She didn’t get her Happy Meal, or her fish sandwich, or her chocolate shake, or her sweet tea, but she did manage to get herself in a lot of McTrouble,” Judd said, adding she would not get the “golden arches” when she is booked into the county jail. “But we are going to give her a pair of silver handcuffs.”

Judd said deputies in Polk County “don’t put up with that McJunk.”

Jones is facing charges of burglary with assault, criminal mischief, and disorderly conduct.

COVID-19 in Arkansas: Active Cases Push Past 3,000 for First Time Since March

Residency Program Combats the Shortage of Physicians in Arkansas 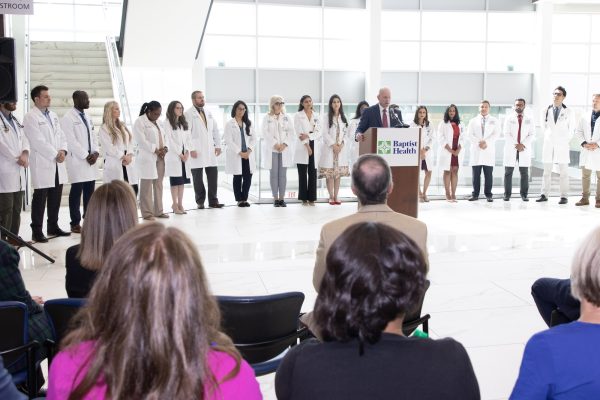 NORTH LITTLE ROCK, Ark. – A group of 24 residents graduated through a program created by Baptist Health and UAMS.

According to the American Medical Colleges, Arkansas and the rest of the country is struggling with a growing shortage of primary care physicians. Their data published in June stated that the United States could see an estimated shortage of between 37,000 and 124,000 by 2034.

The residency program encourages the men and women to stay in practice in Arkansas. The President and CEO of Baptist Health said, “Arkansas has a very difficult time competing with talent nationally…. so what can you do to solve this problem for Arkansans? You start programs in the state, just like this one”. Wells also said, “we know that when we train them in a place they are more likely to stay in a place. So that’s why 16 of those 24 staying here, is such a big deal”.

One resident staying in Arkansas, Ali Mitchell, said that choosing to come to Arkansas and be a part of this program was something she know was special.

“It was the place that just felt like home.  It was the people here, the atmosphere. It’s a state like no other,” said Mitchell. She said she is ready to start serving rural communities in the state. “Going back home to my community, my people. To serve them at a capacity that has been so underserved for so long is really exciting to me,” said Mitchell.

Other residents like, George Sebastian, that are leaving Arkansas said, “I love Arkansas. Arkansas will always be a second home to me,” and “I hate to leave all of the relationships that I have built here, but I’m going to continue to maintain them as much as possible.” Sebastian said he is planning to apply for both an Arkansas license and a Michigan license so that he can practice in both states.

Below are members of the first graduating class by residency program: 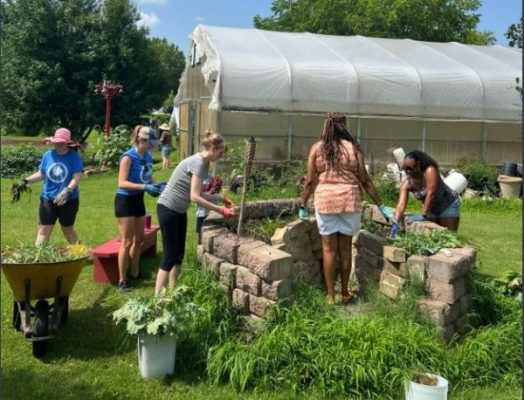 Every year, Nexstar holds the Founder’s Day of Caring, where employees from all over the country do projects to help organizations.

At the Little Rock Animal Village, FOX 16 employees showed some love to animals looking for a forever home. During the 6th Street clean up the area had litter pick up and beautification projects, while Dunbar Gardens provided the space for employees to help with urban agriculture.

Today we took a break from the newsroom and volunteered at Dunbar Gardens. #NexstarNation #NexstarCares pic.twitter.com/blgdZNYRHR

I don’t think this should count as volunteering, it was too fun! Dunbar Garden is a fantastic gem we have in Little Rock teaching about sustainability in our community. #NexstarNation #NexstarCares pic.twitter.com/rtbcd4jpTG

Had so much fun volunteering at Little Rock Animal Village today for Nexstar’s Founders Day of Caring. #NexstarNation #NexstarCares pic.twitter.com/jW96tLX8bV

Today, #NexstarNation is giving back. It’s our founder’s day of caring. At @KARK & @FOX16, we are working from Little Rock Animal Village, Dunbar Community Garden, and 6th Street. I had a great morning with @GaryBurton_JR & Bri showing #NexstarCares! pic.twitter.com/ix49oLPv1u

For more information on Nexstar’s Founder’s Day of Caring, visit the company’s website. 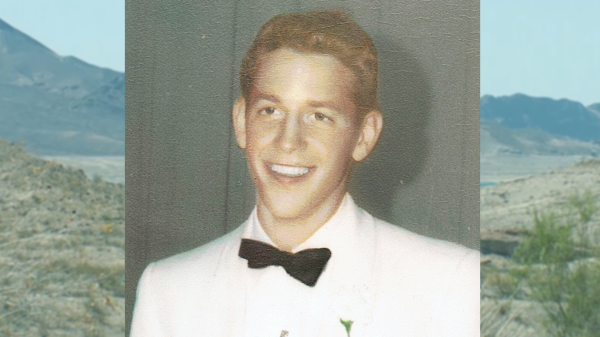 According to the ASP, 60-year-old Stephen Clark of the Woodlawn community was arrested Thursday in connection with a single vehicle crash that happened on January 2.

Police said that Clark was driving a late model Jeep traveling north on U.S. Highway 63 near his home when he lost control of the vehicle, causing it to strike a fence and later a tree.

Clark’s wife, 60-year-old Mary Clark was a passenger in the vehicle at the time and died at the scene of the crash. Stephen Clark also sustained injuries and was taken to a local hospital.

ASP said that a trooper who investigated the crash determined that Clark was traveling too fast for conditions and is believed to have been intoxicated at the time of the incident.

As a result of the investigation, Clark surrendered to state police at the Cleveland County Sheriff’s Office where he was booked on a $15,000 bond.